Was pleased to find my toddler’s day-care group dancing to The Band’s “Rag Mama Rag” for yesterday’s Fathers’ Day celebrations! (I hadn’t realized that was actually their biggest UK hit… back in 1969.)

(It would be even better if the equations could also appear as inline text, but this is still pretty great.)

Just to be precise, the uncle with whom Trump “talked about nuclear” in preparation for the Korea summit has been dead since 1985.

Neil Turok discussing Hawking & Mandela — they shared a love of tea and a sense of humour — at the start of his 2018 Peter Lindsay Memorial Lecture “Quantum Universe” here at Imperial College. 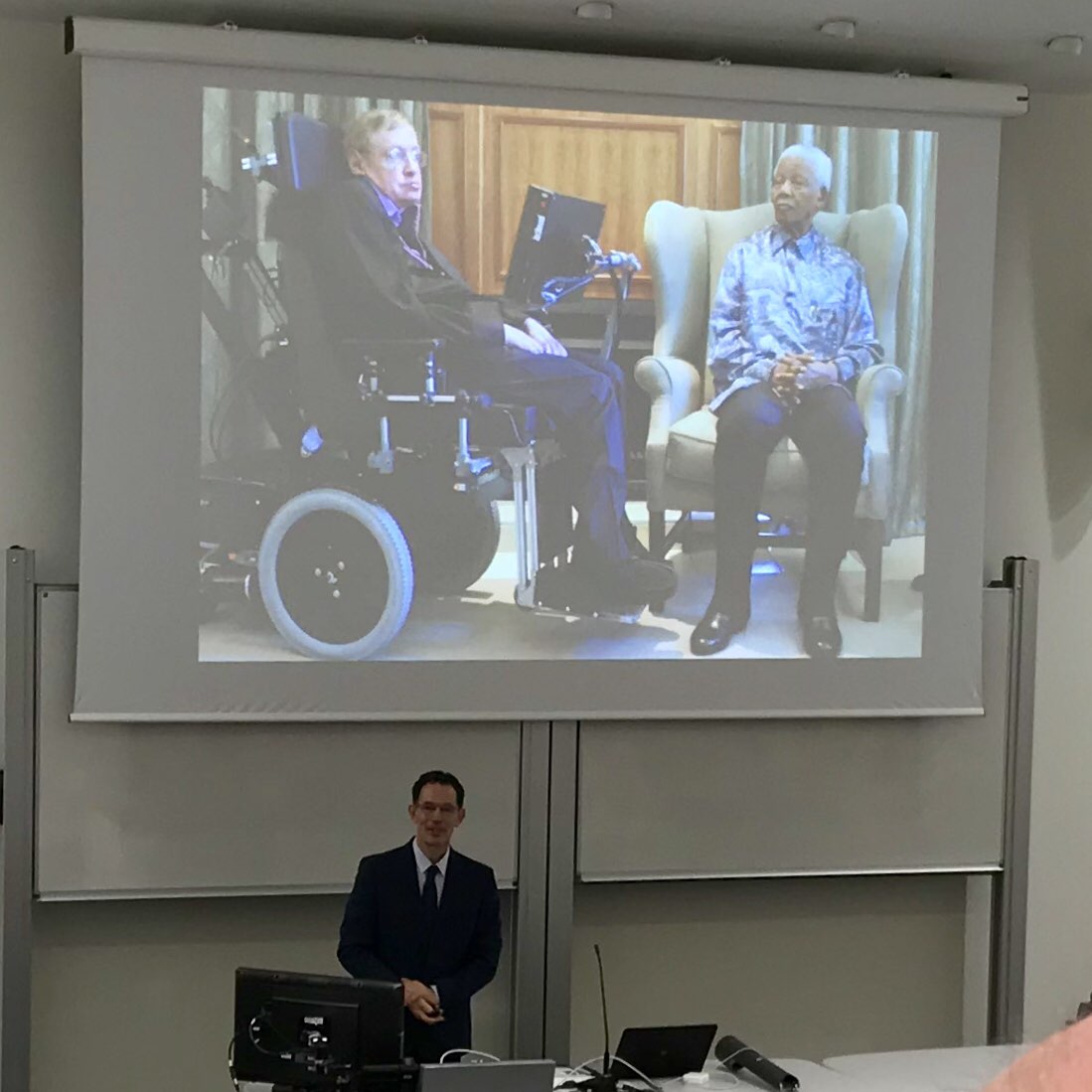