RIP Freeman Dyson. I was lucky enough to hear him speak at my high school after his first memoir, “Disturbing the Universe”. I might not be a physicist today if it weren’t for that meeting.

Thanks, @TfL, for the personal email… I know that the New Routemaster has problems, but using the middle and rear doors was the best thing about these buses! Did I miss a “consultation”? Are you really losing that many fares to scofflaws?

Amused by my #UCU comrade who thought “Workers of the world, unite” was a reference to Morrisey, not Marx. #UCUstrikes

‪So, @TfL, what exactly is a “signal failure”, why do they happen so often, and why wasn’t this Victorian-sounding problem solved some time in the last century?‬

UK university staff to strike for 14 days in pay and pensions row Workers express frustration in run-up to action involving 50,000 staff at 74 campuses.

Yes, including us at Imperial — workers of the world, unite!

Bus-stop ad in Lambeth, London, the most pro-remain constituency in the UK. Do you think HSBC is pushing this ad campaign in Brexit-supporting areas? 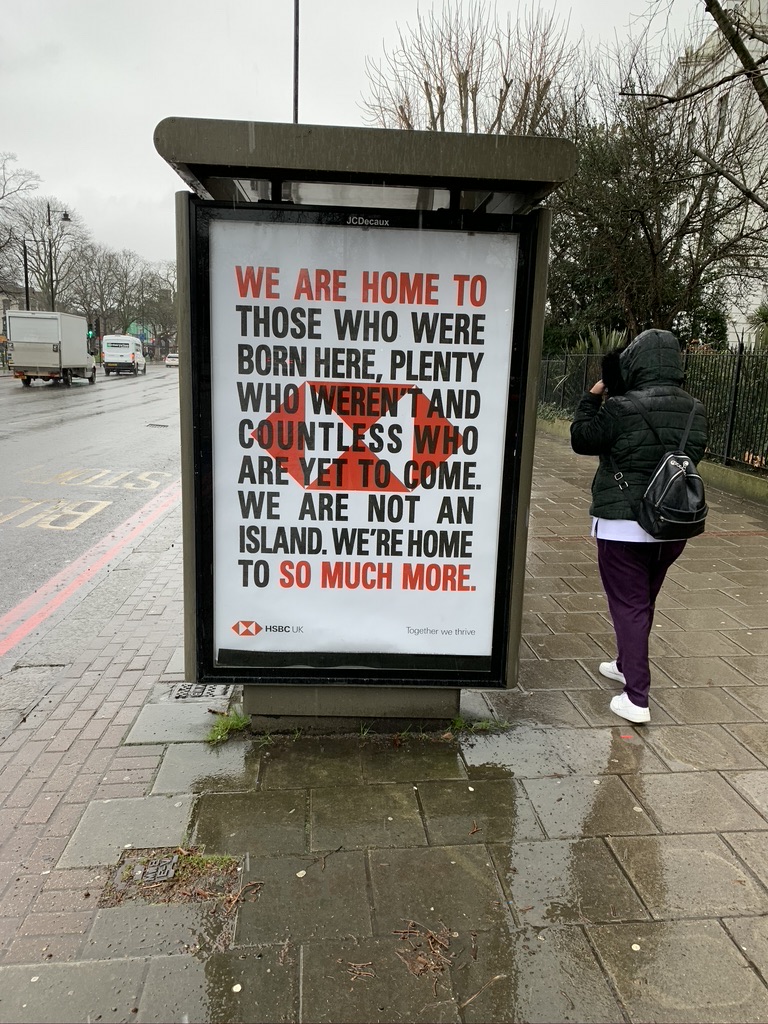